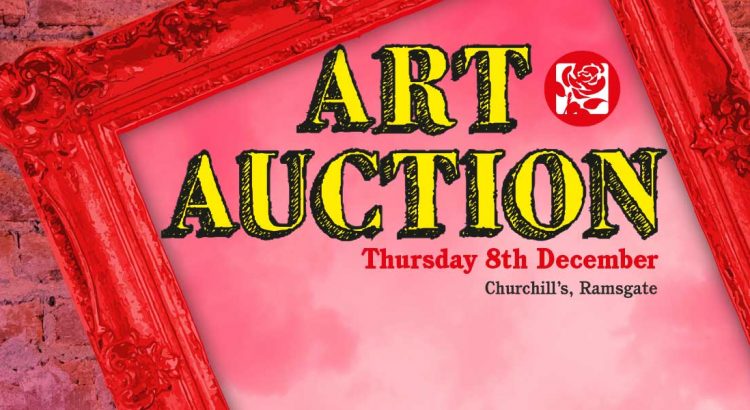 Thank you for your interest in the South Thanet art auction.

We are overwhelmed by the number of people who have donated such fantastic works of art for an auction to be held on Thursday 8th December. Ramsgate has many wonderful, talented and generous artists. Every piece of art will be auctioned by the inimitable Cllr Jane Hetherington. All monies raised will go to South Thanet Labour Party. As you may know we are campaigning hard to raise awareness of the Labour Party as the only real alternative to Tory chaos.

In Thanet we have witnessed firsthand the damage that this callous Conservative government has wrecked on our communities. We know almost everybody is impacted and so this makes this these generous donations even more valuable.

All monies raised will be put to very good use. South Thanet Labour Party is now preparing for the Thanet District Council elections next year May 2023, and a General Election whenever that comes.

Did you know the phrase “Bread and Roses” is mostly associated with the Lawrence textile strike of 1912. After a new law reduced the women’s working week from 56 to 54 hours, thousands of workers faced pay cuts that were out of their control. Lasting just over 2 months the strike did become violent, resulting in the unfortunate death of Anna LoPizzo on the picket line, but was ultimately successful in providing workers with all of their demands, including a 15% increase in pay. It is reported that one of the striking women carried a picket sign that read “We Want Bread, But Roses Too!”.

We will continue to fight for bread and roses.