Throughout each month I am posting links to media coverage where I have had active involvement in the story or have provided comment and a Labour Party perspective. As an elected County and District councillor I am often asked to provide local input on national stories and the socialist perspective on local issues.

This page will be updated throughout the month.

I will not be bullied

Kathy Bailes, writing in the Isle of Thanet News, has covered the suspension of Tim Willis, a top officer at Thanet District Council (TDC). After she included a comment from myself about council process, I was phoned by TDC chief executive, Madeline Homer to “retract the statement”. Refusing to do so, I now find myself being reported to the council’s standards committee.

My comment was about the need and usefulness for councillors to have a strategic overview of employment issues at TDC. After all, our council is one of this area’s major employers. As councillors we should take an interest in how the council is managing and treating its workforce. It is my ambition to ensure TDC are an exemplary employer, creating good jobs, with career prospects and training, whilst focusing on delivering a great service to residents.  People are always at the heart of any organisation or business so it makes sense to treat them well. Like Medway Council, I would really like to see an ‘employment matters’  committee, where ideas, issues and problems can be discussed and resolved. This is similar to the way we manage employee and trade union relations at Kent County Council.

Read the full story in The Isle of Thanet News. 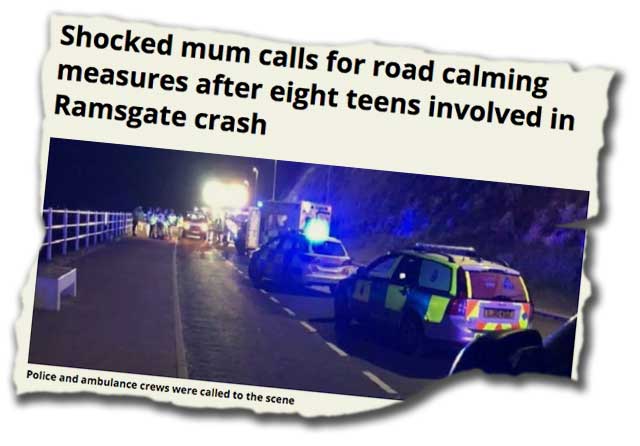 The concerns of Ramsgate mother, Jo Mapp were reported in the Isle of Thanet News on August 7. Jo has witnessed the current racing culture on Thanet’s roads and was close by a traffic accident that resulted in a number of young people being taken to hospital.

I agree that measures could be taken on some roads to stop the speeding. However, in this article I also take a wider view and question a lack of youth services as reason why we appear to have more unrest amongst our teenage population.

Why did Kent miss out on Boris’s NHS cash?

On August 9 BBC Radio Kent were reporting on the supposedly new cash that had been made available to the NHS for capital spending. Invited onto the station to provide a Labour Party perspective, I pointed out that a snap general election looks likely and the NHS projects earmarked to receive funds appear to be in areas where the Conservatives need to grow support to retain seats. Kent is deemed a safe Tory area. 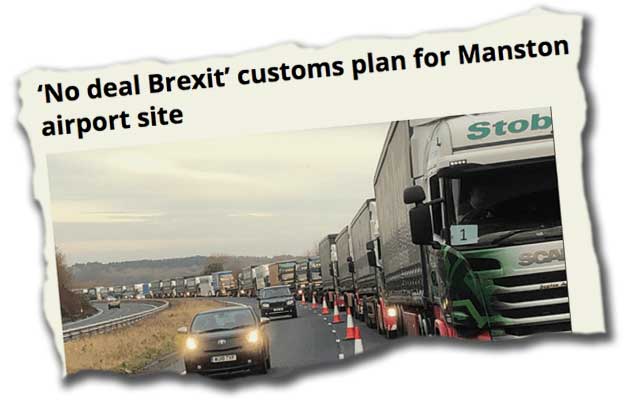 At Kent County Council I had previously been told there were no plans to station customs facilities at Manston in the event of the site being used after a no deal Brexit. The political landscape has changed and ‘no deal’ looks like the preferred option of the Johnson government. Plans have changed too and, as Kathy Bailes reported in The Isle of Thanet News on August 13, the former airport site will now handle customs checks.

I have also heard unofficially that troops will be stationed at the lorry park. The reasons why have not been revealed to me, but I mention this and my concerns for the free-flow of local traffic whilst Ramsgate plays host to Operation Brock. 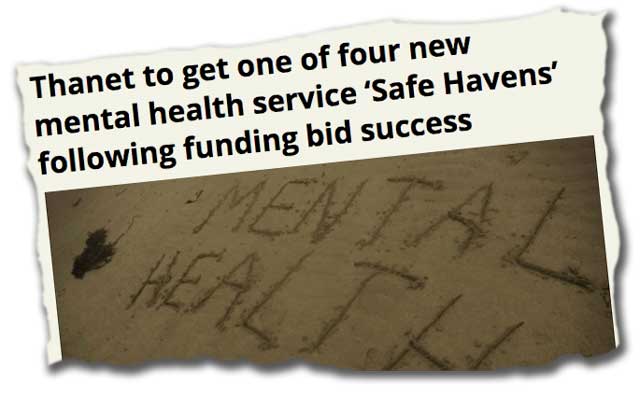 The woefully inadequate provision of mental health services in Thanet has been much in the news recently. Last month I organised the first of a series of meetings to allow members of the public to directly address health service managers. It appears our collective efforts are bearing fruit. As The Isle of Thanet News reported on August 15, Thanet is amongst four locations to receive funding for facilities termed ‘safe havens’.

Similar in concept to the ‘crisis café’ that we originally called for, the safe haven will provide a supportive place for those who are in a state of mental or emotional stress, but do not require admission as an inpatient to a psychiatric ward.

The B word. Brexit is in the news morning, noon and night.

Did you vote for Thanet gridlock? I don’t think many people did.

Our MP, Craig Mackinlay seems to have been set on hard Brexit regardless of what this means in Thanet.

My regular column in The Isle of Thanet News is available to read here. 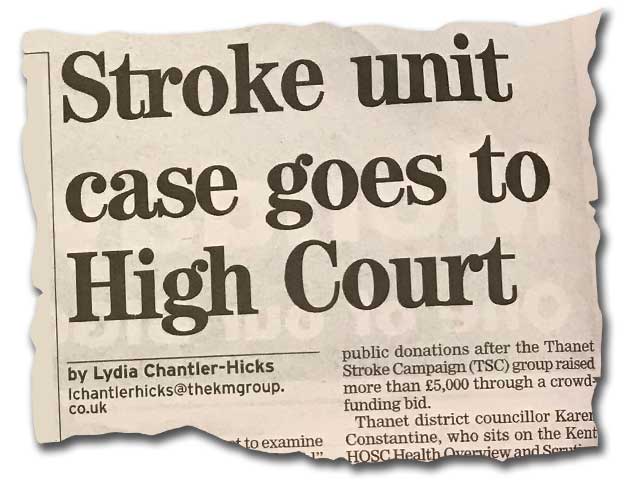 Another milestone has been reached by the Thanet Stroke Campaign with the news that the judicial review will be heard in the High Court this year.
Read the full story in the Thanet Extra.