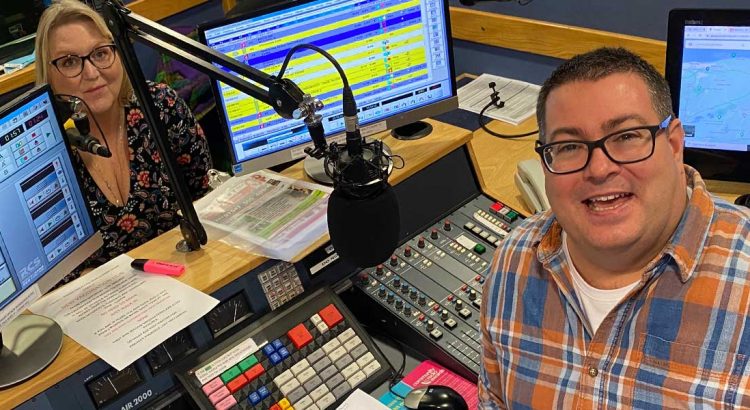 I was delighted to be interviewed by Paul Rutterford on Academy FM. Paul wanted to know what my plans were for the forthcoming year, it was easy enough to outline what I’d like to accomplish as the county councillor for Ramsgate. Whether I will accomplish these ambitions is a different question. The recording is at the foot of this page.

The role of County Councillor is a busy role, and you never know from one day to the next what you might be dealing with, but there are some things that remain consistent. Many people are concerned by the state of our roads, the narrowness, the higgledy-piggledy parking, and the high speeds and frankly carelessness that some drivers seem to take pride in. Concerns are frequently raised about particular pinch points across Ramsgate – often near to schools. That’s why I’m a big fan of ‘20 is plenty‘. I would like to see this implemented countrywide. So far in Ramsgate Newington is a 20 mph zone and Nethercourt is heading in the same direction, thanks to the hard work of Councillor David Green and local residents.

Another really big issue for me, is accessibility for our many disabled residents, those who use wheelchairs, mobility scooters or sticks and also anybody either unsteady on their feet or using a buggy for a child. Last year I made a film with Joe Shaw about the difficulties of getting round Ramsgate town centre in his wheelchair. How difficult it was staggered me. I hope that every single penny spent of this new levelling up money also includes full access. Anything less would be criminal.

Likewise I’m pleased to see my Labour colleagues at Thanet District Council fighting to fix the lift in Ramsgate. I’d like to use my members grant this year to invest in a ‘Mobi Mat’, which would allow better access down on the beach to the water’s edge. If I could do that I’d be really pleased, but there are hurdles to clear!

Pavee travellers on the Port of Ramsgate

I also spoke on Academy FM about the travellers at the Port of Ramsgate. Many people know that this is a group of ethnic travellers also known as Pavee. They’ve been settled on the Port for some seven months. This isn’t a permanent site, it isn’t really suitable as a permanent site, particularly being so exposed. But it really is time that Thanet District Council addresses this issue and allocates land for a permanent site. That’s why we’ve taken a judicial review against Thanet District Council to stop the nonsense that’s been going on for some years now. Every time a group of travellers pulls up they’re given a few days before then being issued with an eviction notice. This costs time and money. Once the eviction has been formalised in court they are then moved on to the next site where they are given a few days before being issued with another eviction notice. You see where this is going!

Importantly, what this means to the travellers, is almost zero access to healthcare and very poor access to education and other services that we all enjoy and take for granted. I would always support someone’s choice about how they live their life, assuming it did me no harm. We must look after this group as they have been a part of Thanet for decades and decades. It’s time Thanet District Council actually discharged their responsibility and stop wasting taxpayers money.

Thanks again to Paul and Academy FM for inviting me along and for the sterling service that the community radio station provides for our local area.