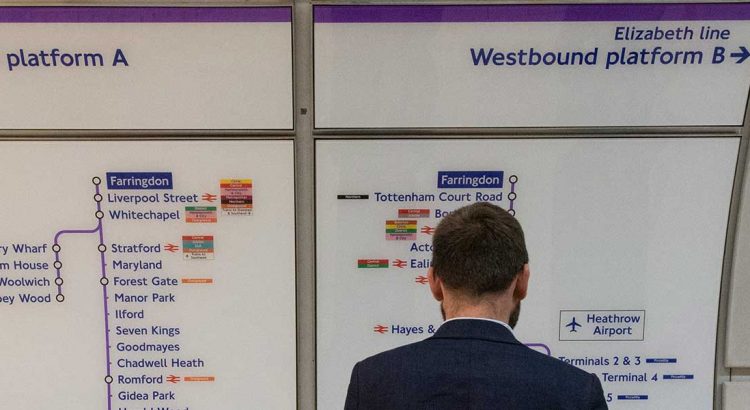 The announcement this week that Crossrail will now not open for another year will be a major blow for Sadiq Khan. His policy has been to freeze Transport For London (TFL) prices on trains, tubes, buses and trams in the capital. However, 150 year old infrastructure needs considerable investment and, with ridership on TFL decreasing, the additional income from fares that Crossrail would bring is much needed.

Home working and UBER culture are a couple of factors responsible for the reduction in fare revenue. These are lifestyle changes that planners need to accept so funding for upgrades to public transport will have to be rethought.

Crossrail, who for years have trotted out their “on time and on budget” mantra, are now neither. Their announcement, slipped out while Parliament takes a holiday and only 4 months before the first trains were due to run, is far from welcome and will hit many, including Kent commuters.

In Kent, we have our own public transport issues. Funding threats to rural bus services, overcrowding on trains and plans such as Thanet Parkway station that make sense to very few.

None can be dealt with in isolation. If transport planning is done properly it is about integration and lifestyle.

Take Thanet Parkway, a proposed station in a field outside Cliffsend. It would once have been a short bus ride from the terminal at Manston Airport. It will supposedly alleviate the parking problem in Ramsgate. It will attract business to an already full Sandwich Discovery Park.

A stop at Parkway station will add 2 minutes to a journey to Canterbury or Ashford, a stretch of track that already suffers from 40mph speed restrictions in part.

Who will use it? If not Manston passengers, what about Stone Hill Park residents and businesses? Ah yes, our Local Plan doesn’t go for that. Joined up thinking?

Integration requires big picture strategy and will not work if political or siloed mentalities are allowed to dominate. Too often we hear of this problem here or that scheme there but rarely about the overarching strategy.

What is the big picture for Thanet and how does it integrate with the rest of Kent and beyond? How do we manage our infrastructure so that it works for those who live and work here. How do we ensure what we plan today is fit for the lifestyles and businesses of tomorrow?

In a line, can we continue to trust the current policy makers at Thanet District Council and Kent County Council?

I have questioned many policies in the council chambers, including the numbers relating to a 1 minute improvement in rail journey times from Thanet to London and the new station in a field. I am challenging cuts to bus services. I have very publicly supported plans for a mixed use development on the former Manston Airport site bringing much needed homes and jobs to the isle.

I admit that even these campaigns fail on the integration stakes but it doesn’t mean the passion and strategy for bigger thinking isn’t there.

Whilst we have county and district councils on their knees with 49% cuts in funding from central government since 2010 and whilst we have public services, such as transport, franchised out for profit at every opportunity, the prospect of integrated planning is slim.

Until priorities are realigned and brave decisions like bringing the railways back into public hands, are made we will have political and commercial opportunists riding rough shod over public needs.

Sadiq Khan has control of Transport for London but he is still at the mercy of Conservative central government funding and fares from declining passenger numbers. Crossrail’s delay will benefit those who wish to see London’s Labour mayor suffer. Politics impacting everyday lives.