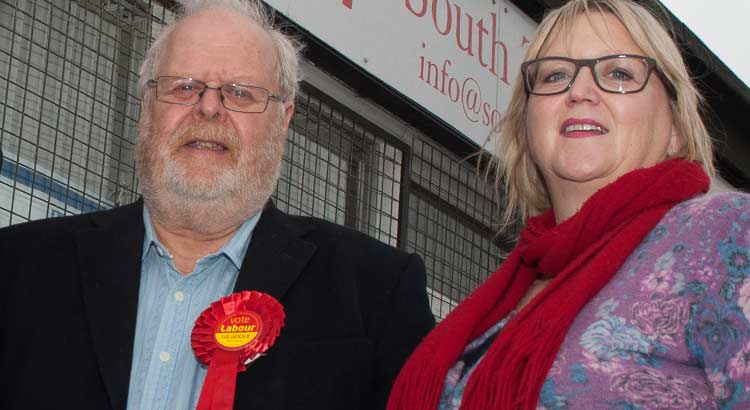 I was, as you can imagine, throughly miserable when I lost the election in 2015 to UKIP’s Vince Munday. Even on polling day, he didn’t turn up at all. I knew then that his heart just wasn’t in it. It was no surprise when he resigned and a by-election was called. It was my good fortune to be able to stand again and win the Newington seat in 2016.

Since then I have done all that I can sorting out problems and issues. Compared to Vince, the other UKIP councillor, Mo Leys was, on the other hand, a different kettle of fish. He cared about what was happening in Newington and, like me, he wanted to make a positive difference. Mo’s surprise resignation has given Labour and myself another opportunity to prove ourselves in Newington.

David Green is an excellent candidate for the job. He brings passion, knowledge and determination. Like me, David Green has a fantastic team behind him. We all benefit from the Labour Party’s robust and business like approach to electing candidates and supporting them wholeheartedly throughout their term of office. It seems to me that UKIP will accept almost anyone and look at the mess that approach has caused!

David Green has been a steadfast member of our team. David knows Newington. He knows how the council operates and understands how to get the best for the residents on his patch. With a place on Thanet District Council, alongside his Labour colleagues, David can make our position stronger so we can fight more successfully for the things that matter to Newington and to Thanet as a whole.

Like any team that aims to succeed, we work together, knowing that we can trust one another through thick and thin. Unlike the opposition of UKIP and The Conservatives, we stick to our principles, fighting for a fairer, caring society that aspires to meet the needs of all.

David Green will work hard and intelligently. It’s a shame UKIP couldn’t hang on to a councillor like Mo. It’s a shame they aren’t as fastidious as they perhaps should be in selecting candidates. I hope that yet again we are fortunate and that we can have another hard working reputable Labour councillor back at work for Newington. It’s no less than the ward deserves!