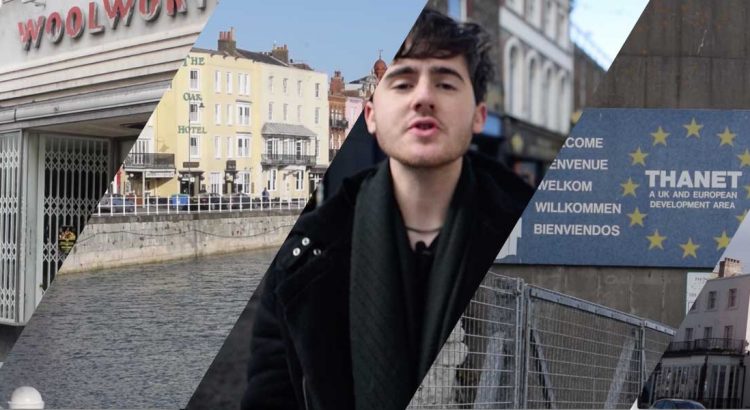 Sean Gallen is studying to be a journalist. The university student is about to complete his degree and recently submitted a film about Thanet as part of his course.

Having received a request from Sean for an interview and local insight, he and I spent a few hours criss-crossing the Isle as he researched his story and gathered interviews and footage.

Gentrification in Thanet looks at how our area is changing socially. Sean covers the migration of Londoners looking for seaside opportunities and cheaper property at a time when parts of Thanet appear to be falling to ruin.

The film is on par with reports that you’d see on the BBC News and it was a pleasure to take part in its making. I get a number of requests from students and try to accommodate them where possible, whether it be to have them shadow me to learn about the role of a county councillor, or to be a part of a documentary like this.

I expect Sean will go on to achieve great things in his field. You can follow his progress on his new blog.