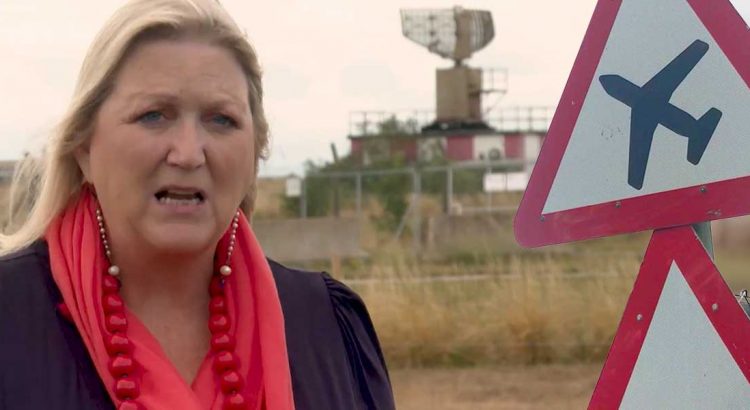 At 5pm last Thursday, 18th August the Government announced the approval of a development consent order (DCO) for the Manston Airport site. Transport Minister, Karl McCartney MP announced the decision which will come into effect on September 8th.

As the Kent County Councillor for Ramsgate, I have stood by the wishes of local residents and fought the developers’ plans to build an air cargo hub on the site. Such a development would be neither green, at a time of climate crisis, or beneficial to the health and wellbeing of those directly under the flight path.

I am all in favour of plans to bring sustainable well paid employment to Thanet. However, a cargo hub of the sort planned for Manston, would only turn a profit if highly automated. Thousands of warehouse jobs are highly unlikely. Other roles are expected to be filled by skilled workers from outside the area.

Since the airport closed in 2014, I have been calling for local Conservative MPs, Gale and Mackinlay to draw up plans that focus on our existing skills base such as tourism and green energy. Those calls have been ignored and for 8 years we have had decline whilst they pinned their hopes on the scheme they believe will win votes and keep their seats at Westminster.

Following the DCO announcement, I wrote to the director of RSP, Tony Freudmann. His company hopes to raise £500m in investment and have cargo planes flying over Ramsgate town centre and Main Sands by 2025. In my letter I posed a series of questions in the hope that some of the points made in his press release could be clarified. That letter appears below.

The morning after the Manston Airport DCO was announced I appeared on radio and TV to express concerns. On BBC Radio Kent my interview was followed by an interview with Freudmann in which he agreed to my request for the formation of a balanced scrutiny panel to oversee the progress of the Manston Airport Cargo Hub. The panel would monitor metrics such as the percentage of carbon neutral materials used in construction, the number of local jobs created and noise pollution levels. The request for the panel had been the last question in my letter.

I’d love to meet up! Let’s prioritise discussion about a community scrutiny group please. Thank you for agreeing. Here’s my further questions.

Overnight I’ve read thousands of comments on Facebook. Sometimes the tone of the debate is concerning, too adversarial, and all too often people present rumours as facts, such as the development of a rail freight hub.

Some people are pleased, but many are deflated, with what appears to be a wholly political decision. Outside of our immediate geographic area the public are concerned about the commissioning of a new airport, when we’ve just had the hottest summer on records, are in the middle of a drought and have legal carbon emission targets to meet.

Many experts and indeed the Examining Authority itself, said an Air Cargo hub wasn’t needed as there is capacity elsewhere. Previous passenger flights from Manston have been a commercial failure.

The independent experts state the benefits of the Development would not outweigh its impacts and that an air cargo hub isn’t viable. The Government have overridden this with a political decision.

RSP say the are committed to creating jobs and that the build of the air cargo hub will be carbon neutral.

RSP claim that there is £500m of investors money primed – ready to be utilised to put spades in the ground.

Serious question must be answered.

Q. Costs. You have identified a £500m start-up cost. Given inflation is now running at 10% + ( the highest rate for 40 years), and all materials and labour costs continue to escalate. Is that sufficient funding to build the Cargo hub? Are your investors sighted on that? Do you have contingency plans if private sector investment fails?

Q. Investors. As we have the worst performing economy in the EU, a cost of living crisis, increasing, uncontrolled inflation, political instability and credible warnings of a recession – are your investors contractually committed?

Q. Carbon neutral build. What does this mean? You say the air cargo hub will be “Carbon Net Zero from scratch.” Materials of all kind’s will need to be freighted into Thanet. How will such transport be carbon neutral? Who will monitor this? Does this include RSP employees utilising electric vehicles? Carbon off-setting? Use of innovative materials? Can you share a detailed plan?

Q. How do you square the ambition of a carbon neutral build with the carbon producing functioning of an air cargo hub? What are your plans to eliminate, reduce or off-set carbon emissions connected to air cargo at Manston. This is important as both TDC and KCC will need to stick to their net zero targets. An air cargo hub may make this impossible to achieve. Likewise I anticipate a huge increase in road freight. 19 stands for air cargo plans will result in huge volumes of lorries – how will that impact be eradicated or minimised?

Q. Job creation. As was successfully achieved with the London Olympics will jobs be ring fenced for those potential employees who live in Thanet postcodes? Will you apply that to all jobs? Can you guarantee payment of the living wage as a minimum? How many jobs will be direct RSP employees? How will you manage the supply chain to create local jobs, i.e. within a 10 mile radius. When will that start?

Q. What is RSPs CSR contribution to the local community? What have you directly contributed to date to Ramsgate?

Q. Given that the Examining Authority did not find sufficient evidence to support RSP, what steps will you take to minimise negative impact’s? Noise, pollution, inconvenience, impact on health, depression of tourism, lost trade, etc?

Q. I’m calling for the formation of a balanced community scrutiny panel to oversee progress against a set of agreed metrics. Such as percentage of carbon neutral materials used? Number of local jobs created and attrition rates? Impact on the local economy? Noise reduction? CSR plan? Etc.