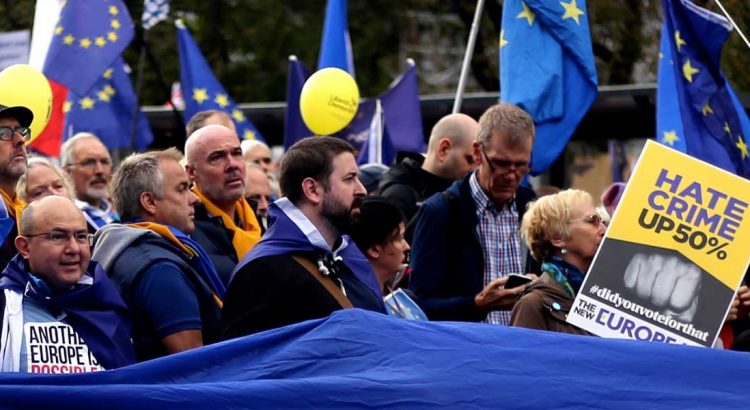 I used to be a keen fan of Spitting Image. I think ITV should bring it back just for jokers like Henry Bolton, ex leader of UKIP and now a member of another minority far right wing party. He certainly made me giggle on air! You’ll have to take a listen to our hate crime debate find out why.

After Ramsgate featured in a Guardian article, I was asked to contribute to a discussion on BBC Radio Kent about the scary rise in racially and religiously aggravated crimes. Something that really concerns me, as a citizen, as a Justice of the Peace (Magistrates), but also as a politician. It’s true, that there has been a spike in such crimes.

Whilst the vast majority of people in our community are level headed and fair minded there are a few who really have issues with racism and who are racist. I’m sad to say that.

I certainly felt that having Nigel Farage in our community, pitching to be our local MP, somehow allowed these small minded bigots, or perhaps misguided people to say things and to act in outrageous and unlawful and hostile manner.

Back in 2015 people approached me, shocked, hurt and angry about what was said to them. “When are you going home”, “get out of my Country”. It was a horrible time. This trend has continued. Hate crime also spiked after the EU referendum.

Locally we heard terrible examples of the openly racist vile attacks that our black youngsters have been subject too. As a local councillor I have been approached several times to intervene in racist hostility from neighbours toward black and minority ethnic members of our community. Including in our hospital, QEQM.

With cuts to public services, the on-going imposition of austerity measures and 21,000 police officers cut, its no surprise that people are struggling and hate crime is rising. Poverty and fear feed racism. Little is being done to tackle institutional racism.
Locally, I expect our council, Thanet District Council (TDC) to demonstrate real leadership. Indeed it is part of their statutory obligation under the PSED (Public Sector Equality Duty) to condemn racism and to promote community cohesion. TDC, under UKIP control, was one of the few councils in the county not to pass, nor even to allow debate on a motion condemning racism, xenophobia and hate crimes and calling for greater community cohesion.

Notice of Motion in Relation to the Condemnation of Racism, Xenophobia and Hate Crimes
It was proposed by Councillor Johnston and seconded by Councillor Fenner that:
“We are proud to live in a diverse and tolerant society. Racism, xenophobia and hate crimes have no place in our country.

Thanet District Council condemns racism, xenophobia and hate crimes unequivocally. We will not allow hate to become acceptable.
This Council will continue to work to ensure local bodies and programmes have the support and resources needed to fight and prevent racism and xenophobia.
In accordance with council procedure rule 3.7, Councillor L Fairbrass, Leader of the Council provided a response to the motion.
Councillor L Fairbrass proposed, Councillor Grove seconded and Members agreed not to discuss the motion.
As Council agreed not to debate the motion, the motion fell.