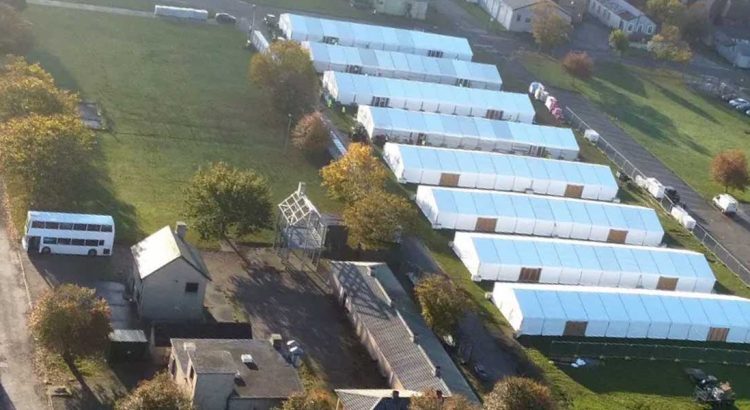 I’ve been calling on the leader of Kent County Council for months to take action to stop this deplorable situation at Manston. What sort of nation are we – when we treat others like this? Worse than animals, less than human – cut off, with no voice, no rights and those of us that want to help and seek to support, are prevented from doing so.

We are all equal.

Time for KCC to stop patting itself on the back. As it did at the full council meeting last week. Yes we have indeed rightfully assisted those fleeing from the Ukraine, but surely we can do better than this tented prison?

My latest letter to Roger Gough,

What more can KCC do? The situation at Manston is truly horrendous.

I first raised the questions of Manston’s role as an immigration facility with you in April and enquired about what Kent County Council is doing to uphold our PSED requirement. That duty requires us to foster good relations between people of different characteristics. It seems more important than ever.

I also requested information from you about what part Ramsgate residents could potentially play to support those fleeing to our county for safety – as many people have contacted me to volunteer. What role do you see for concerned residents?

This detention facility at Manston has been wilfully shrouded in secrecy. Now we know – to our shame – that more than 4000 people, including many mothers, fathers, children and babies from Syria, Iraq, Afghanistan, Pakistan, Albania and elsewhere are being held there in appalling, hostile and degrading conditions. We know that their health is hugely compromised, with scabies, MRSA, tuberculosis and diphtheria outbreaks. Recent news and social media reports show people asking – pleading –  for help and freedom.

It would seem there is little prospect of change, given that an FOI by the IPPR to the Home Office last week reported 7,500 outstanding asylum claims from small boat arrivals were waiting at least a year for an initial decision. Nor will our Government take urgent action to ensure people are provided with more suitable accommodation. It seems their human rights are being trampled upon.

This situation is untenable and inhumane. It is shaming for Kent.

Roger, I have asked repeatedly for answers and for action. I have asked you to clarify what actions are being taken in respect of our Public Sector Equality Duty and to act on residents’ behalf to bring this sorry state of affairs to an end? What actions are you taking on our behalf?

Reaching out at KCC

Prior to writing the letter to Roger Gough, I was on my feet during the most recent full council meeting at Maidstone.. On the agenda was the Ukraine/Refugee Update Report. I stood to comment on the contrast between our county’s warmth and hospitality towards refugees fleeing war in Ukraine and the horrific descriptions of life in the Home Office facility at Manston. This is taking place in Kent and we have a responsibility to act.