Throughout each month I am posting links to media coverage where I have had active involvement in the story or have provided comment and a Labour Party perspective. As an elected County and District councillor I am often asked to provide local input on national stories and the socialist perspective on local issues.

This page will be updated throughout the month.

NHS staff are understandably questioning their professional positions in this turbulent time for the service. With stroke unit closures planned across Kent, hospitals are struggling to retain or recruit specialist staff. This Isle of Thanet News story, which I alerted them to, covers the announcement that Tunbridge Wells Hospital will close its specialist ward this September. There are no longer the staff levels to provide a safe service at that location. The question is how long before QEQM in Margate suffers the same fate?

Read the Isle of Thanet News coverage here
and
read the detail and my correspondence with NHS bosses here.

First mental health meeting is well received by over 100 residents 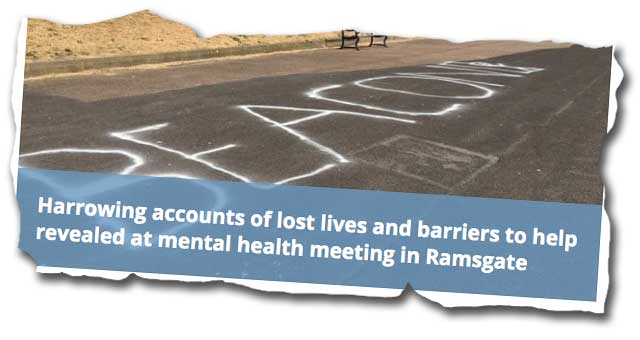 Having heard of an increasing amount of desperation and having listened to many harrowing stories of mental health scenarios in Thanet, made worse by poor service provision, I organised a meeting for residents. At the event, held at the Comfort Inn on 19th July over 100 people were able to put questions to NHS managers and local MP, Craig Mackinlay. Read the full story in The Isle of Thanet News.

Extinction Rebellion, Summer Kitchen and a little bit of Brexit

It was my pleasure once again to be invited onto BBC South East’s Sunday Politics programme. On Sunday 21st July my fellow guests were Tim Loughton MP, Councillor Zoe Nicholson from Lewes, Alison Plaumer of Extinction Rebellion and Sharon Goodyer who runs Our Kitchen on the Isle of Thanet. The programme was hosted by Julia George.

As ever there was lively comment with each of us vying to put our political viewpoints on the topics covered.

On Monday 22nd July I appeared on The Mid Morning show on BBC Radio Kent. With presenter, Steve Ladner, I discussed Sharon Goodyer’s ‘Our Kitchen on The Isle of Thanet’ initiative and my involvement in the project. We talked about the political landscape that makes projects like this necessary and about the other issues on the ground that really matter in Thanet – “are we planting enough trees?”; “why aren’t the public toilets open?”.

Finally, with the imminent announcement of out next prime minister, selected by just 160,000 Conservative party members, Steve questioned me on Jeremy Corbyn’s leadership of the Labour Party. Hear what I had to say.