Along with other councillors, I continue to get the Labour Party perspective in the media. Here are just a few of the news stories where I have championed a socialist perspective during March. This page will be updated throughout the month.

The Isle of Thanet News has covered our plans to hold a meeting in Newington on March 20th. The aim is to work with the residents of Newington to create a plan for the community that will improve daily life in this area of Ramsgate. We will cover the age old problems of litter, road safety, policing, landscaping and much more. The approach is very much one of appreciation for our community and how we work together to make Newington better. 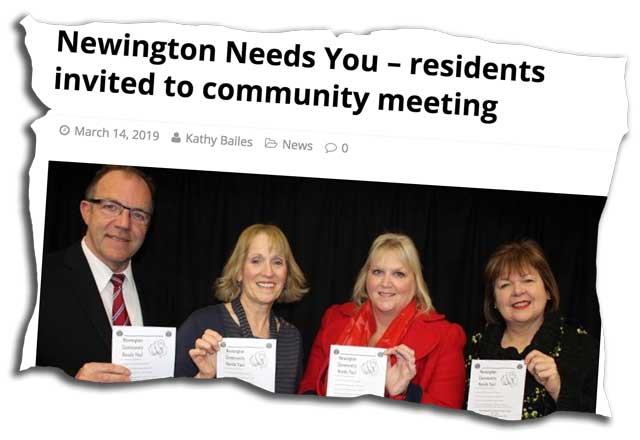 Thousands of leaflets have been posted through doors in Newington and we hope to see many people on the night.

News of the prospects for NHS stroke services in Thanet go from bad to worse. Although a decision has now been made to close our unit at Queen Elizabeth The Queen Mother Hospital (QEQM) in Margate in favour of three HASUs (Hyper Acute Stroke Units) across Kent, we have vowed to fight on. The latest news that QEQM services could be closed before our nearest HASU in Ashford is built is even more devastating.

In The Isle Of Thanet News I have stated that campaigners need to come together at this point to call for a Judicial Review. The lawfulness of withdrawing accessible stroke services from a population with the worst health outcomes in Kent needs to be scrutinised. 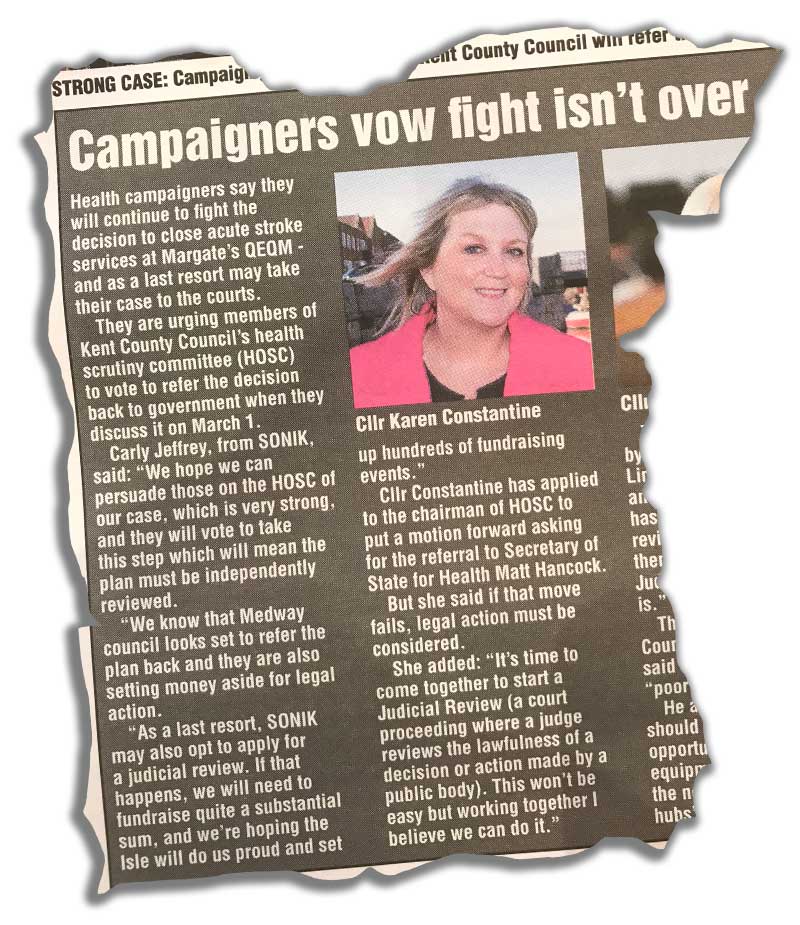 On March 22 the media reported our plans to lodge a judicial review as part of the campaign to save stroke services in Thanet.
Read the story…

After last month’s intervention by our hapless Secretary of State for Transport, Chris Grayling, Thanet District Council postponed the process for agreeing a budget. Well, we couldn’t wait forever and with Seaborne Freight’s contract being cancelled (no ships, no backer, no hope) a budget was finally set.

News media reported the decision to cut spending on the port and save £730,000. I welcome this decision but believe locals should now have a say in what happens next. My opinion, shared on the BBC and ITV, is that we move to promote economic generation right along our part of the coast and that tourism should be key to that growth, bringing local jobs for Ramsgate and the rest of Thanet.

Caitlin Webb has written a piece for KentOnline about the extraordinary length of time it takes for the families and carers of children to get official diagnoses for ADHD and other communication disorders. It can take up to two years, during which time a child will not be eligible to access the correct care or support and as a consequence will suffer at school.

As a Kent County Councillor with health responsibilities I have raised my concerns about these issues and have been able to draw upon evidence provided by those I represent in Ramsgate. Read more at KentOnline… 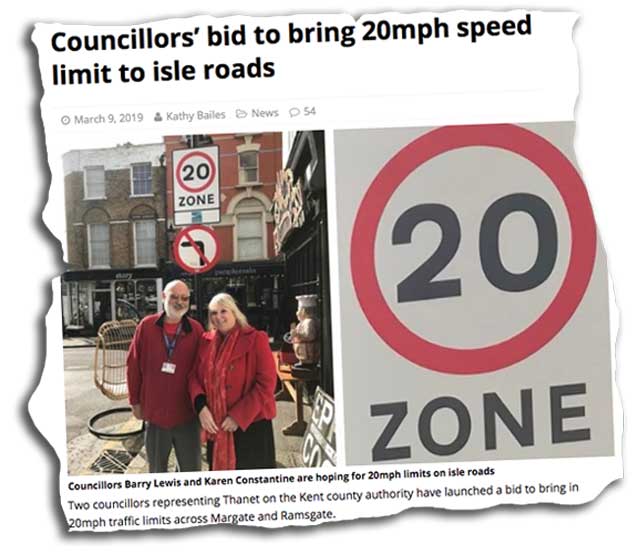 In an attempt to make our residential streets safer, Barry and I have called for 20mph speed limits to be imposed. Similar limits are being adopted in urban areas across the UK and we believe Kent County Council should follow suit. Read the 20’s Plenty story in The Isle of Thanet News.