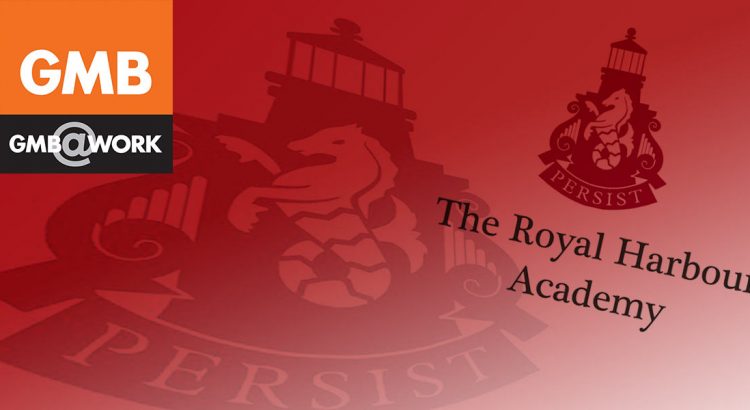 GMB call on Kent County Council to replace 2010 installed temporary classrooms in Thanet school, not extent use for 5 more years.

These buildings are dilapidated and not fit for purpose, often too hot or too cold and not a good environment conducive to learning says GMB.

GMB, the union for school support staff, call on Kent County Council to complete new extension and replace mobile classrooms which have been on the site of the Royal Harbour Academy, Newlands Lane, Ramsgate CT12 6RH since 2010.

Kent County Council are requesting an extension of a further 5 years to the temporary planning consent for the 3 existing mobile classrooms located at Royal Harbour Academy by the main reception area. Temporary consent was initially granted for a period of 5 years in 2011 that stated ‘the temporary installation of 3 mobile classrooms by the main reception area, which are to be removed on the completion of the new extension.’

Previous to this there were 2 mobile classrooms on a different part of the site installed in 2010 that were removed when new ones were installed in 2011. The Planning application at this time stated they will be ‘removed on completion of new extension in September 2011.’

Karen Constantine, GMB regional officer and Labour councillor in Thanet said, “I’m shocked to see an application for use of the temporary buildings for a further five years, making 10 years in total. It hardly inspires school staff or pupils when temporary measures become permanent. When will this government wake up to the crisis of neglect in Thanet’s non grammar schools? It is time to level up the playing field, consider the importance of education and stop treating our kids as second class citizen.

These buildings are dilapidated and not fit for purpose, often too hot or too cold and not a good environment conducive to learning.

I will be outside the school on the afternoons of 17th and 18th January at the end of the school day to discuss these concerns with parents, pupils and school staff.”

1 Karen Constantine is the Labour Party candidate for the Ramsgate ward for the 2017 Kent County Council elections.
2 PwC Evaluation of Building Schools for the Future annual report 2007 for the Department for Children Schools and Families.