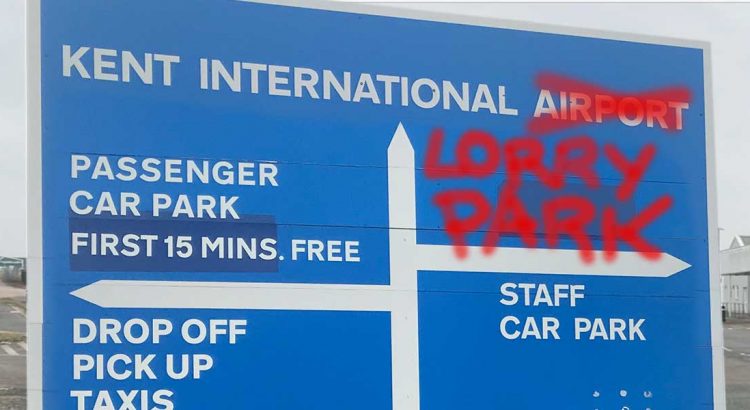 Ramsgate Port is not ‘ship ready’ and there is no infrastructure in place. Government at all levels has made no progress forward at all and the Port has other significant limitations.

The Manston site has been confirmed as both a potential ‘custom operation’ and as hard standing holding area for 6,000 HGVs. In council chamber I raised the likely impact of gridlock for Thanet residents as egress and access to our Isle may suffer. I also raised the possible impact on a range of key workers, in particular NHS and teaching staff, who are all now receiving advice on how to ensure they can get into work. The advice includes details on being prepared to sleep over at their place of work in the event of very short staffing levels.

The full Kent County Council session can be viewed here.

I was greatly concerned to hear Kent County Council Leader, Paul Carter’s comment on BBC Radio 4 today that he believes his Conservative party should seek a new leader. I certainly agree the United Kingdom requires new leadership. However, I believe we need a General Election to resolve these issues.

I believe we need the possibility of being able to go back to the EU on the basis of a substantial political change. That could, in my opinion open the door to fresh negotiations with the EU. We certainly need a better outcome, and clearer political direction than we have now.

So, whilst the political wrangling goes on in Westminster, here in Thanet we are concerning ourselves with an impending Brexit siege. Operation Brock was put in action this morning on the M20. Very soon we could see thousands of lorries diverted to Manston, clogging local roads and confining us to the Isle.