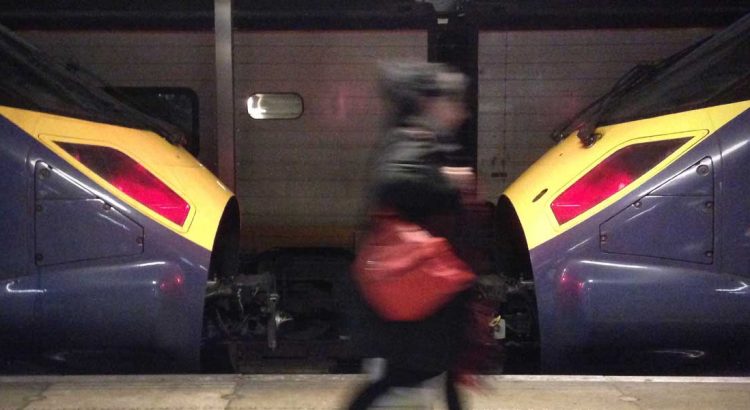 Chris Grayling doesn’t exactly have a great record when I comes to striking deals with transport operators. Now his Department for Transport appears derailed whilst handling the bids for the Southeastern franchise to run our local train service.

Southeastern, which is run by Govia, holds the Integrated Kent franchise. However, the franchise was due to run out on June 23. Such is the failure of Tory privatisation of our rail network, that Grayling and co have been unable to determine who should be awarded the franchise next.

Bidding and the award has been hampered by the Government’s lack of success with franchising as a model. Questions have been asked about non-compliance issues in pension provision. One wannabe franchisee, Stagecoach had their bid ruled out, having submitted earlier non-compliant tenders for East Midlands Trains and West Coast Partnership. They are now suing Chris Grayling’s DfT.

Up to the 11th hour the DfT were negotiating with Govia to continue running trains and stations while the mess was sorted. An agreement was reached and the franchise has been extended until November this year with an option to continue until April 2020. I wonder what Govia are charging Grayling to get him out of this hole?

New franchises come with set criteria designed to improve infrastructure and the experience of rail users. Although we are not enduring services like the bad old days of Connex there is considerable room for improvement.

The Southeastern HighSpeed services in and out of London St Pancras are getting busier and busier. It’s not uncommon to see people standing between London and Ashford. As more people choose to live further out of London and do the commute this will only worsen. Yet Southeastern has no spare Javelin trains to relieve the pressure and none on order.

As well as people moving out of London to join us on the coast, many are changing from traditional working patterns to remote working for some days or shifted hours to avoid rush hour. We don’t yet have access to flexible ticketing to accommodate these patterns. Someone travelling 4 days a week from Ramsgate to St Pancras via High Speed arriving in London at 10:21 has an annual season ticket costing £6752 as their cheapest option!

I understand Southeastern train drivers were due a pay rise, but this was put on hold until the new franchise kicked in. Now what will happen? Do they have to wait until April 2020? Is industrial action on the cards?

For what might be an 11 month extension, Chris Grayling has stipulated the following infrastructure improvements:
Reduction in the delay time of trains to qualify for Delay-Repay compensation from 30 to 15 minutes. This was one of the conditions for the new franchise anyway.
Improvements to the website to make Delay-Repay easier and to make it easier to identify the cheapest tickets.

Whilst passengers and staff report some in staffed stations on the Southeastern network as dangerously unsafe and fare evasion is a huge problem, there is nothing to address this.

I was once physically attacked in an unstaffed station, knocked to the ground and robbed. I avoided travelling alone through such stations after that. It can be quite restricting to have to plan journeys that way.

So, in light of the franchise debacle, I want to raise awareness of what’s going on in Government whilst some of us pay extortionate sums to line corporate pockets. I also want assurances that things will change for the better. Whilst we have a Conservative administration and no immediate prospect of bringing the railways back into public ownership I call upon Craig Mackinlay, as our local representative in Westminster to seek these assurances.

Letter to Craig Mackinlay about Southeastern and any new franchisee

With Andrew Bull of rail union, ASLEF, I have drafted the following letter to Mr Mackinlay. If you would like to be a co-signatory please email me with your name and postcode.

You will no doubt be aware that the Southeastern rail operator franchise has been extended to 10 November 2019, with an option to renew until 1 April 2020. This is while the competition for the next long term franchise is under review and competitor tenders are reassessed.

With thousands of residents in your constituency reliant on a reliable, safe and affordable service for access to employment and education, as well as receiving visitors to Thanet, many are rightly concerned over the handling of the franchise process.

With the changes in working patterns and the growing numbers of long distance commuters, any new franchise should be accommodating those who wish to work outside the Monday to Friday 9-5 regime and those who wish to enjoy living in Thanet, whilst working in London or elsewhere.

Additionally, rail customers should feel safe throughout their journeys. Some stations on the Southeastern network are unstaffed and even revenue protection staff staff are reluctant to visit these locations on occasions.

Fares are exorbitant, yet fare dodging is rife. Stations without barriers and limited numbers of revenue protection staff only make it easier for those who aim to travel for free, whilst season ticket holders and the rest pay through the nose, often standing on services serving London.

With the possibility that no new franchisee will be in place before April 2020, significant change is unlikely soon. We therefore ask that you, as our Westminster representative provide assurances for the following: