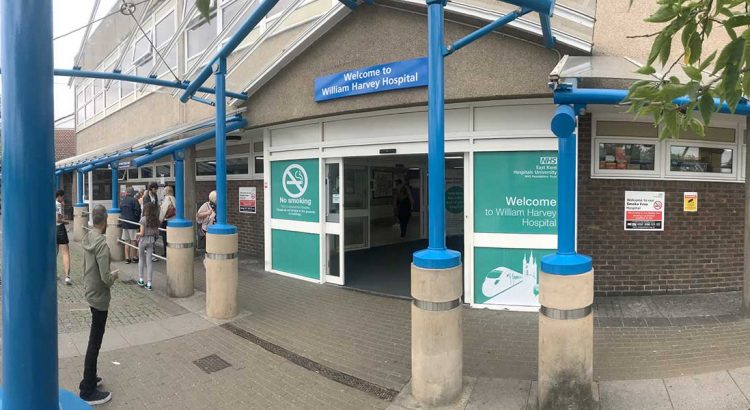 Ashford is too far. There’s simply no way that stroke patients from Thanet want to have to travel to the William Harvey Hospital.

Well documented plans to close stroke units around Kent, including ours in Thanet, in favour of creating a new hyper acute stroke unit at William Harvey Hospital in Ashford continue to be fought by local people. A Judicial Review is in. The public verdict is resolute. The community continue to stand solidly together as yesterday’s SONiK rally aptly demonstrated.

The first signs of weaknesses in the Kent-wide plan have started to appear, with the early closure of the Stroke Ward in Tunbridge Wells due to staff shortages. Many staff had already voted with their feet and left those jobs! Remaining staff from Tunbridge Wells have now had to transfer to Maidstone. It seems crazy that a reorganisation doesn’t take the views and needs of its employees into consideration. The last thing we need in our threadbare NHS services is skilled clinical staff quitting and a vital skills vacuum left in their wake.

This Sunday, 3rd August I had to travel to visit a loved one, who is receiving coronary care in William Harvey Hospital. Visiting times are 3pm – 8pm, so I set off from Ramsgate in my car at 1.50pm. My sat nav indicated a 50 minute journey. I had a cold drink, the prerequisite grapes, and I expected to arrive at around 3pm.

Almost 1 hour and 50 minutes later I finally arrived at William Harvey Hospital and parked my car. The roads, especially the single track roads were at a standstill. A combination of roadworks on the M20 and elsewhere has caused gridlock this weekend. I was frazzled. Even the dedicated and hard working staff I met at the hospital expected to have to work late – kept in their posts by the delayed arrival of the next shift.

I have consistently raised my concerns about the prospect of ambulances being easily able to conform to the two hour call-to-needle time. I also raised concerns about the prospect of family and friends being able to visit loved ones, which certainly aides recovery and gives patients much reassurance. Travel to William Harvey Hospital from Thanet involves multiple buses or a train from Margate, Broadstairs or Ramsgate to Ashford and then a bus. For many, this is an expensive and logistical nightmare

But what about the prospect of staff being transferred from QEQM in Margate to William Harvey Hospital. Frankly I’m worried they just won’t tolerate this journey to work on a regular basis. I certainly wouldn’t. I can foresee members of staff putting in for redundancy when the HASU plan is implemented and they are either asked to relocate or when their posts disappear. The Employment Tribunals may well be sympathetic to the plight of such a terrible commute which will impact home life, and health and well-being. I wonder if those additional costs have been factored in.

And there there’s Brexit

My journey today was hellish because of roadworks. Those on the M20 at Ashford should be gone by Summer 2020. However, we will always have roadworks somewhere. What we didn’t have this weekend were the predicted snarl ups of Operation Brock, the post-Brexit strategy for dealing with hold ups at the cross-channel ports. After October 31 we could see queues of lorries on the M20 and a frightening amount of freight traffic diverted to the ‘holding pen’ at Manston. The route to Dover and Folkstone from Manston being the same one which ambulances will be expected to take stroke victims from Thanet to Ashford

What an absolute mess. We need our Clinical Commissioning Group to think again.