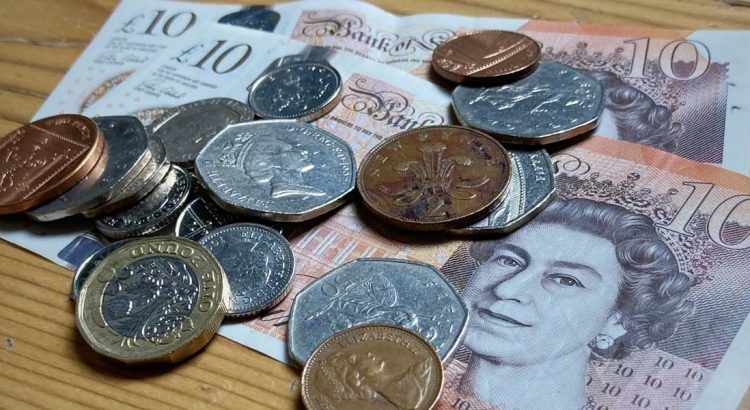 There is no doubt that there is a cost of living crisis, most of us are feeling the pinch! We’re facing a council tax rise of £67 per year, soon National Insurance will rise by £250 per year, and housing costs, energy bills, food bills, transport costs, are all rising fast. In fact, we are being expected to fork out an extra £1405 per year. No wonder the Institute for Fiscal Studies are saying this is a crisis worse than the financial crash in 2008. And in fact, if we have had the same sort of growth that we experienced before 2008 we’d be £2,500 per year better off. Wouldn’t that be marvellous?

This cost of living crisis started before Covid. Our Government have actually baked in crisis after crisis – all the while expecting the poorest to foot the bill. While those with the deepest pockets are actually becoming better off! It has to be said that single-parent families, and single pensioners are the poorest, and we seen a significant rise in child poverty, evictions and destitution, and far, far more people are having to use food banks to manage. 50% of the poorest people are now £110 per year worse off, whilst the richest 5% are £3,300 per year better off. Little wonder that the Office for National Statistics are warning of a rising equality gap, they state, “The wealthiest 10% of households held 43% of all the wealth in Great Britain in the latest period; in comparison, the bottom 50% held only 9%.” However, the figures cover the financial year to the end of March 2020, and economists believe the gap between rich and poor is likely to have increased further during the pandemic” – Financial Times. In fact 1 in 5 of us now live in poverty and pre pandemic there were 4 million children living below the breadline. This is a growing figure. It’s estimated 21.4 million people simply can’t afford the basics!

Energy bills are expected to rocket by £600 per year. The same energy crisis that has seen 27 energy companies go bust. The Labour Party have been calling for action on VAT since October 2021. We proposed a cut to VAT on energy costs, and for this to be funded from the £1 billion windfall due into the Treasury from energy producing companies.

The Tories are dithering while people freeze.

In today’s interview on BBC Radio Kent I asked again for the Universal Credit £20 per week uplift to be reinstated. This would help to support the most vulnerable. I also suggest that the National Minimum Wage, could be increased to from £8.91 to £10 per hour, this would help those in work. If you’re working, especially 30 hours or more, full-time hours, work should pay, you shouldn’t have to choose between heating and eating. I do think we should drop the VAT on fuel bills immediately. And whilst I would like to see more targeted support for the poorer to have more assistance, this simple measure would be “a quick win“. Something that we could implement that would help to alleviate winter pressures with almost immediate effect. Pensioners and young families need heating, and they spend a higher proportion of their household income on these bills. So urgent action is vital.

I was disappointed to hear our local Conservative MPs, Roger Gale and Craig McKinley back off from this proposal, especially as they haven’t outlined anything more effective as an alternative. That just isn’t good enough. It smacks of political posturing. But why should they care? Roger’s 20/21 pay packet of £81,932 and £30,751 expenses meets his needs I’m sure? In 20/21 Craig pocketed £81,932, plus £34,116 and a couple of thousand per month from his accountancy company. Craig consistently votes for a reduction in spending on welfare benefits. Does he have any idea of how most of his constituents are struggling? I really don’t think so.

While many amongst us are struggling to afford a decent diet with prices rising astronomically, the cost of food in the House of Commons has actually decreased! Lucky Roger and Craig eh! In 2016 a ribeye steak and chips would cost a modest £12.50 but that meal now is 10% lower at £11.26. Our MPs can treat themselves to soup of the day which was £3.75 in 2016 but is now £3.35, and a cappuccino is mere £1.63.

I don’t know many cafes in Thanet that can match those prices!

The rising cost of fuel and food is dangerous to our health. When people have to spend more of their income on heating they spend less on food. That has a very negative impact especially for conditions such as COPD, asthma, and mental health disease to name but a few. This is so shortsighted, it’s a perfect storm and it will impact our health and well-being for years to come.

The Government, and our local MPs need to act for us, not against us.