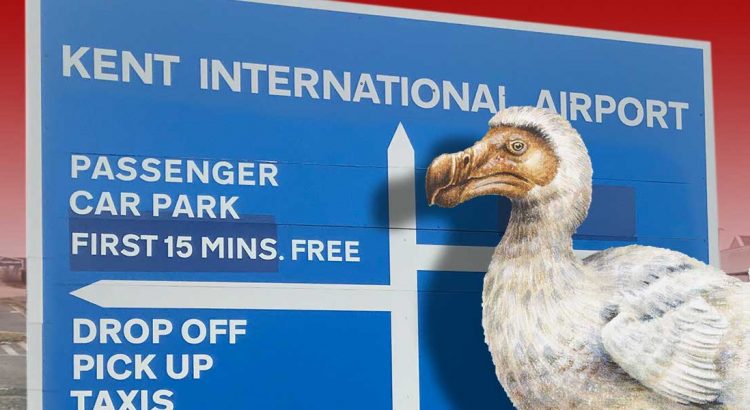 It’s time to put Manston to bed. It’s not going to fly and we need to be realistic, looking forward not backwards.

In this interview, part of BBC One’s Politics South East programme, Sir Roger Gale, MP for North Thanet says Manston Airport will be the finest in the world, attracting an investment of £300 million. Dream on Sir Rog. It simply isn’t going to happen.

So far not one investor with deep pockets has stepped forward to inject cash into the Manston ‘scheme’. Why? Take a look around at existing infrastructure. Loads of freight units on the M1 ideally located to deliver right around the Country.

Stanstead just won an ‘expansion appeal’ allocating them 16000 dedicated freight flights per year. Manston asked for 17000 to qualify for a ‘significant’ need, and to fulfil the DCO requirement.

However, pre-Covid dedicated cargo flights for England annually has been on average 14000 ATMs per year. Also a lot of freight comes comes through road, rail and belly-hold aviation.

So where’s the need? Has it suddenly leapt up? I know we struck a trade deal for Australian lamb chops and chuck steak, but even with tonnes of Lamingtons thrown in, we are no where near actually needing that much air freight!

Competitor airports, East Midland, Stansted, Southend, Heathrow are not about to roll over either. They are going to fight like hell for market share and they are ready to go.

You’ve also got Gatwick Airport losing BA. Gatwick doesn’t focus on freight, but will have to diversify now to stay open. Again, they have fabulous infrastructure and trained workers in place with direct access to a road network.

Don’t we need to use the resources we have already without spending more?

Thanet District Council implemented climate emergency measures since the DCO was instigated. Where are the statistics for carbon decrease in the current RSP proposal?

Not forgetting that very soon we’ll have new carbon budget legislation. How does building a new airport and adding vastly increased traffic on Kent’s roads address this?

The Labour Party locally stand for mixed use development on the Manston site, some housing, some Leisure, something to promote tourism, especially in the shoulder seasons, and the completion of a long planned inner ring road to relieve traffic congestion. Sir Roger Gale is putting the frighteners on us when he says the site will be for London Borough overflow people. Piffle! Look at what’s happening now Sir Roger. House building on Thanet’s green belt.

Whilst we fight about this, we take our eye off the ball – this Conservative Government’s repeated failures. For instance, the latest sewage spill by a privatised water utility, closing many beaches. This could take years, even decades to clean. Shouldn’t the MP be a whole lot more concerned about this, than peddling pie in the sky when there poo in the sea!

The full episode of Politics South East can be viewed here.