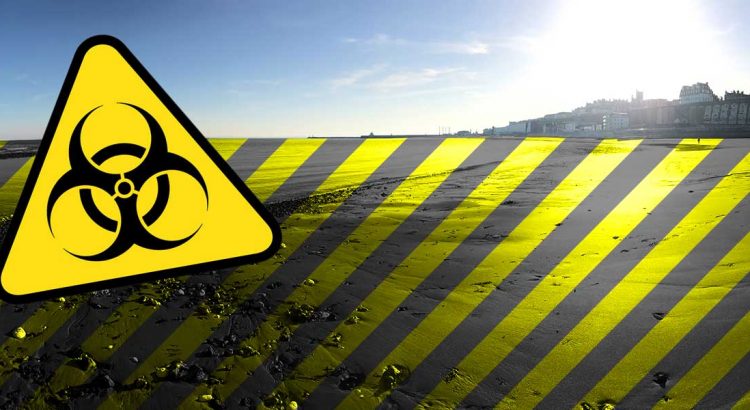 It’s time overdue to stop Southern Water pumping out raw sewage into our sea and onto our beaches.

It’s time overdue to call on our politicians to take action to protect our seas and our health and well-being.

It’s time overdue to bring the water companies into public ownership! This is a massive failure of privatisation. Public services and fresh clean water should be for the public good not for shareholders’ bank accounts. Southern Water shareholders made £622 Million profits between 2013 – 2017. A cool £57 Billion has been creamed off the top of our bills by Water Companies in the last 30 years! That money should be ploughed back into to infrastructure projects, ending leaking water pipes and rebuilding Victorian sewers.

And don’t believe the hype! We were told that following leaving the EU our water protections would stay in place. That’s not the case. Post Brexit, Southern Water have pleaded guilty to 28 accounts of criminal negligence by pumping out nasty raw sewage and the Government is planning to scrap standards. You couldn’t make this up!

What we need now is our politicians to lead, we need a read map to show exactly how the water companies are going to be bought under control, water companies need to be forced to invest in infrastructure and to STOP polluting our seas, rivers.

Talking poo on the radio

On BBC Radio Kent this morning, I was invited to talk about the impact of the raw sewage being pumped into Thanet’s shores by Southern Water. I also talked to presenter, Anna Cookson about the need for a long term strategy for investment in infrastructure that will capture raw sewage rather than releasing it into the open water, as has become the norm.

Preceding my contribution, BBC reporter Caroline Williams presented details of the political battle and how local MP Craig Mackinlay has voted against an environment bill intended to clean up the water.